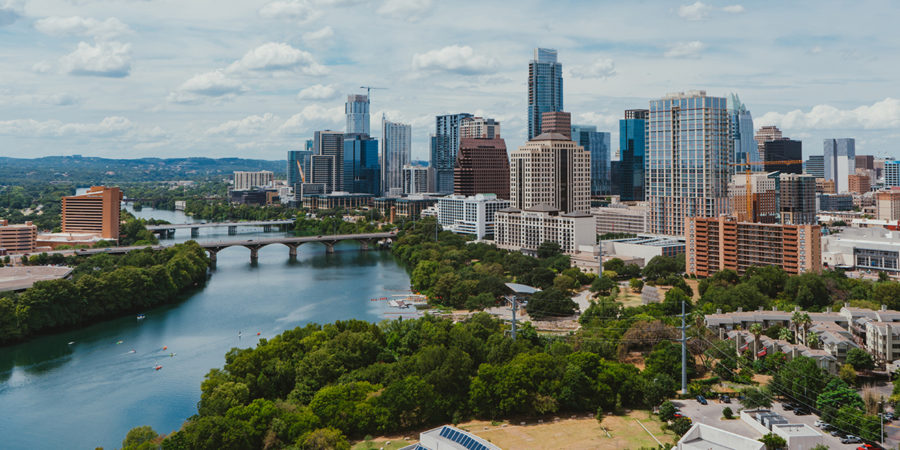 • A Capitol View Corridor review has been requested for 701 Nueces St. — a parking lot that is used by venue Chateau Bellevue and owned by the Austin Woman’s Club. The submission was made by Clinton Sayers of Sayers Real Estate Advisors, documents show.

The Austin Woman’s Club dates back to 1929 as a civic organization. Chateau Bellevue, meanwhile, is a French Romanesque structure that was built by Harvey and Catherine North in 1874. I’ve attended luncheons there hosted by Commercial Real Estate Women. Weddings and other events are regularly held there.

However, it appears the club is facing financial hardship, based on the last membership newsletter. President Catherine Jenningswrites that the elevator in the historic structure must be replaced at a cost of between $175,000 and $200,000.

“This plea is a serious one, as without our elevator, the club must shut down completely, thus depriving it of any and all income,” Jennings said. “Some of you were inconvenienced recently as you attempted to enter the building and will understand the urgency of this request.”

Perhaps a development opportunity is at hand for the adjacent parking lot, which could generate income for the venue and Austin Woman’s Club.

• Real estate attorney Jeff Howard is representing Ivalene Pearson Banks and husband Jeffrey Banks in the rezoning of almost 27 acres near RR 620 (State Highway 45) and West Parmer Lane — north of Robinson Ranch and a short drive from where Apple Inc. is building its second Austin campus.

The Bankses are seeking Community Commercial/Mixed-Use zoning that could entitle the land for more than 1.3 million square feet of office space and nearly 40,000 square feet of restaurant space. The case is under review. Ivalene’s parents — Ivean and Pauline Pearson — were early settlers in Spicewood, according to this 2006 obituary.

• An entity affiliated with Pearlstone Partners, the development group headed by Robert Lee, applied for a zoning change for 2202-2220 Webberville Road.

The 0.73-acre tract is located in a triangle where Webberville and Prospect Avenue converge at East Seventh Street.

The zoning change submitted by Leah Bojo of The Drenner Group seeks a “vertical” designation to the existing mixed-use zoning. The entity 2202 Webberville Road LLC (managing member is Bill Knauss, president and principal of Pearlstone) plans to build 55 residential units and about 3,800 square feet of office space.

The five parcels were purchased from a California firm about a year ago. Pearlstone Partners recently picked up an investment partner for its condo tower at 48 East Ave., according to the Austin Business Journal. Pearlstone also is under construction with EastGate, a condo project at Manor Road and Poquito Lane across the street from Salty Sow restaurant.