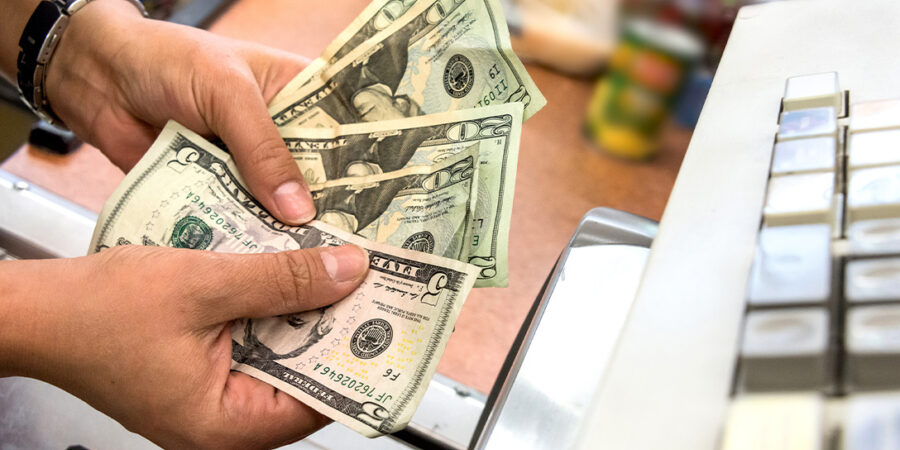 Families have grappled with surging prices over the past 18 months, as the cost of meeting basic needs rose. Consumer prices were 7.1 percent higher in November 2022 than a year earlier.

Although inflation may have peaked, prices remain elevated, with food costs up 10.6 percent, gasoline rising 10.1 percent, rent increasing 7.9 percent and medical care services up 4.4 percent (Chart 1). “The burdens of high inflation fall heaviest on those who are least able to bear them,” Federal Reserve Chair Jerome Powell recently stated, and the Fed is intent on tackling inflation head on.

Drawing upon recent household survey data, we show that high inflation is disproportionately hurting low-income households, including Black and Hispanic households and renters. It is noteworthy that the survey results do not support the recent suggestion of Nobel laureate economist Paul Krugman that low-income families “have actually been hurt less by inflation than families with higher incomes” because the wages of low-income households rose faster.

Nearly half of Americans report feeling ‘very stressed’ by inflation

People experience different inflation rates and different levels of inflation stress based on household composition and income, housing tenure and other factors. The Census Bureau’s Household Pulse Survey asked people how inflation has affected them. The Census Bureau launched the periodic survey in April 2020 to quickly gather information on key economic indicators—employment, food, housing and child care—during the pandemic. More than 154,000 people responded to questionnaires in the periods ended Sept. 28, Oct. 17 and Nov. 14, 2022 (waves 49 to 51).

Nearly all respondents, 97 percent, reported that prices were increasing, and almost half of those individuals—47 percent—felt very stressed by inflation (Chart 2). More than 60 percent were very concerned about future, short-term inflation.

Since these factors are correlated—lower-income households are also more likely to rent, for example—we also present logit model estimates (a way to consider the probability of an event given the relationships of explanatory variables). Specifically, these estimates consider the incidence of high inflation stress given respondents’ income, race and ethnicity, housing tenure and other factors.

The resulting “marginal effects” of income, for example, provide an estimate of how the incidence of high inflation stress varies as income changes, holding factors such as household size, housing tenure, and race and ethnicity constant.

Low-income households most stressed by inflation

Prior research suggests that inflation hits low-income households hardest for several reasons. They spend more of their income on necessities such as food, gas and rent—categories with greater-than-average inflation rates—leaving few ways to reduce spending . When prices rise, middle-income households may react by consuming cheaper goods and buying more generic brands. Low-income households do not have the same flexibility; in many cases, they are already consuming the cheapest products.

Additionally, many low-income households lack the ability of higher-income households to stock up when prices are discounted, buy in bulk and save, delay purchases if there is an opportunity to save in the future or buy more cheaply online. Low-income households are also likely to have smaller cash buffers to tide them over a period of high inflation.

This finding that high inflation is disproportionately hurting low-income households may surprise some commentators since tight labor markets have compressed wages. Although lower-wage earners are currently experiencing higher wage growth than middle- and higher-wage and salary earners, the Household Pulse Survey results clearly indicate this has not been sufficient to offset the impact of high inflation.

Differences by race and ethnicity

However, differences between the groups mainly reflect income differences. Relative to a white respondent in the survey, the marginal effect of being Hispanic is only 3.8 percentage points, while the marginal effects of being Black or Asian are not significantly different from zero from a statistical standpoint.

Because rents have been one of the largest drivers of inflation, renters are more vulnerable to shelter inflation than owner occupants with a mortgage since most have low fixed-rate mortgages and are not affected by rising mortgage rates. By contrast, the majority of renters face annual or more frequent rent reviews and have experienced quite large cost increases over the past year.

We find that 56.5 percent of those paying rent were very stressed by high inflation as opposed to 43.4 percent of homeowners with a mortgage and 39.3 percent of owners without a mortgage.

Renters generally have lower incomes than homeowners, so we looked at the marginal effects of renting versus owning. They suggest that, holding other factors constant, renters are on average 3.1 percentage points more likely to feel very stressed by inflation than owner occupants with a mortgage; homeowners without a mortgage were 3.3 percentage points less likely than renters to be very stressed by inflation.

Age plays a role as well—other things being equal—as younger (under age 25) and older individuals (age 65-plus) are not as stressed by high inflation.

Underscoring the importance of price stability

Inflation is far too high and is particularly stressful for lower-income households—including many Black and Hispanic families, families with children and renters.

Jayashankar is a research analyst in the Research Department at the Federal Reserve Bank of Dallas.

Murphy is a senior economic policy advisor in the Research Department at the Federal Reserve Bank of Dallas.