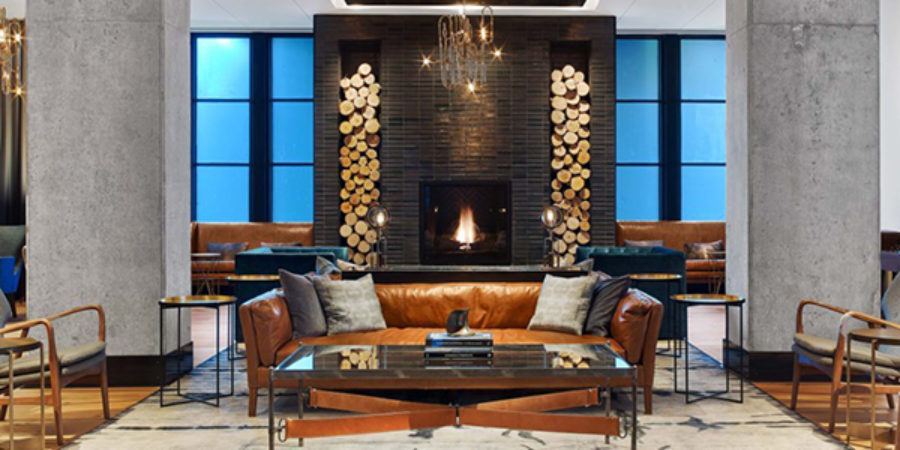 The Austin hotel market is nothing short of inn-credible. Even with nearly 1,700 rooms delivered this year, the average occupancy rate is a superb 77 percent, the highest in the state, according to Source Strategies, a hospitality research and data firm based in San Antonio.

But I wanted to glean some expert analysis from experts with stake in the game, so I caught up with Greg Clay, president of JMI Realty; Luke Thompson, managing director of F10 Hotels; and Vinyl Manohar, principal of Twin Crest Capital.

They all sing Austin’s praises, and it’s not just hype.

“Austin is a very strong market,” Clay said. “Nashville is likely the only other market that compares when you consider how demand has kept up with hotel supply growth. Just as Austin has appeared on the Best Cities to Live (lists) for the last five to eight years, it also has been one of the best cities to invest in hotels.”

JMI owns Hotel Van Zandt in the Rainey Street District, one of the top performing hotels not just in Austin but across the state.

“It is safe to say that the hotel operation has met our expectations,” Clay said. “We are happy to be a part of this city, and to have our headquarters here with other offices in San Diego and New York City.”

Manohar’s company, along with private partners, is building the new Aloft South Austin near the southwest corner of I-35 and State Highway 71. He has spent years studying the hotel industry — as a commercial real estate broker, an investor and a developer.

“I learned about hotels from Allan Miller (Marcus & Millichap),” Manohar said. “He’s such a humble guy.”

“I was 26 then and a top producer when the economy collapsed,” Manohar said. “When that happened I realized I needed to get educated about structured financing,”

He went to work for Bank of America in Houston doing commercial workouts on distressed loans — which were so prevalent for a few years before the market recovery. It was a superb education.

Manohar returned to Austin and started Twin Crest, a real estate investment company, in 2013. He’s learned to be smart and thorough, focusing on hotel development in high-performing submarkets and retail investment in neighborhoods that remind him of his blue collar roots.

The Aloft South Austin, which is in the beginning phases of construction, is the company’s sole hotel development in Austin right now, but Twin Crest is also building in Corpus Christi and Denver.

His careful approach is balanced by a bullish view of Austin long term. There are so many economic generators in Austin — from tourism to the impact of the University of Texas and business relocations — commanding global attention, he said.

“We’re just on the cusp of tapping all of that. All of our suburbs are going to grow exponentially. I think we’ll be bigger than Dallas-Fort Worth.”

A student of numbers, Manohar said the break-even point for hotel investment is with average occupancy in the low 60 percentile. With Austin far exceeding that number by nearly 20 points, “it’s just unbelievable. Austin has always been a tourism spot, but after the recession it became a true tourist destination.”

Thompson, meanwhile, gained his hospitality acumen working for a Denver company and learning the defining details of hotel evaluation — “what hotels work, what don’t and what kind of hotels capital likes to chase,” he said.

The Austin office market still can’t keep pace with business demand, and hotel construction — though plentiful — is lagging behind.

Clay doesn’t see any sign of slackening, especially not downtown, despite the delivery last fall of the 1,000+ room Fairmont almost across the street from Hotel Van Zandt.

“We were concerned about the impact it would have on our occupancy. Here we sit a year after the Fairmont opened and the Van Zandt occupancy has actually increased,” Clay said. “Demand has outpaced supply. Let’s hope this continues.”

Like Manohar, Clay is convinced that the variety of demand generators — be it leisure visitors or corporate employees — has sent Austin hotel development into overdrive with striking success.

Though Austin has a reputation for boutique hotels thanks in part to Liz Lambert and Bunkhouse Group — who started the trend with Hotel San Jose in what was then a seedy part of Austin in the late 1990s. Today South Congress is one of the most coveted submarkets in the city and is now center stage for boutique hotels — redeveloped properties and new construction.

Though Austin may seem like a hotbed of independent boutique hotels, the supply is a drop in the bucket compared to the delivery of institutional brands, such as Marriott and Hilton.

“When you combine all boutique hotels that have opened since the San Jose, you get approximately 850 rooms and 319 of those are at Hotel Van Zandt,” Clay said.

Point taken? There is still probably a lot of room at the inn for more boutique options.

“I think people are still surprised at how few true choices exist for a great boutique hotel experience in Austin when you compare it to San Fran, LA or NYC,” Clay said.

However, he will watch closely the performance of Hotel ZaZa, which just opened downtown, as well as Austin Proper under construction (opening in January), as well as SoHo House and Hotel Magdalena (a Bunkhouse project) — all boutique hotels that will likely compete with Hotel Van Zandt.

“I would be very interested in developing something with soul at The Domain or another Hotel Van Zandt-type property downtown,” Clay said.

The Domain — with hundred of thousands of square feet of offices under construction and the MLS soccer stadium breaking ground — could be dramatically underserved in the next couple of years unless more hotels break ground soon.

Thompson said the Home2 Suites at The Domain is “running staggering rates — as much as the CBD.”

Though it may look a little plain, Thompson said occupancy and rates are superb. Demand in that area is far surpassing supply.

Tech Ridge in North Austin east of I-35 is another area teaming with possibility.

“The hotels that are up there are doing extremely well,” Thompson said.

One parting note, he added: “Expanding the convention center would just be the cherry on top of everything.”

Check out my related story about recent hotel performance, based on Source Strategies data. Austin dominates the Texas market with remarkable numbers.